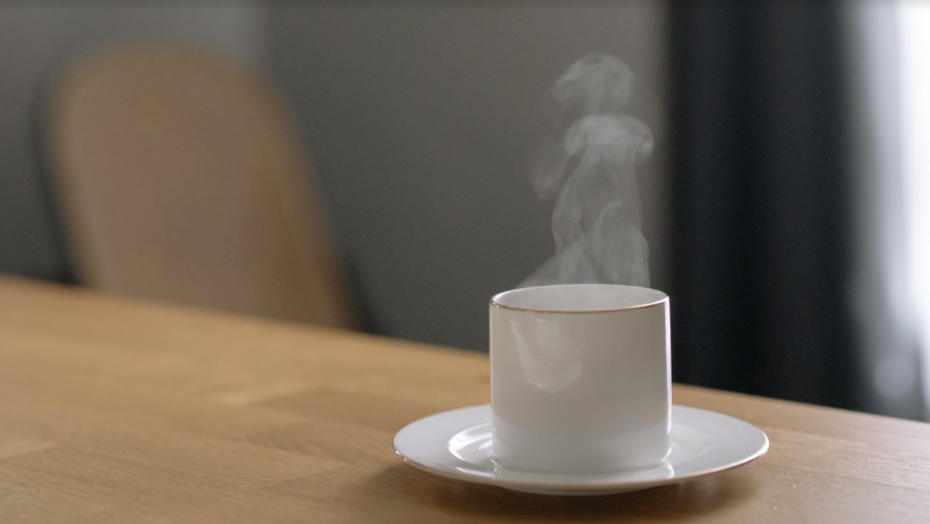 Coffee and tea are probably the most popular beverages after water but whether one is healthier than the other is still up for discussion. The choice between both drinks is more often than not a personal preference and maybe depends on the potential benefits of each.

This article compares the differences between coffee and tea and which one is better for your health.

More on coffee read in the article Ways to drink coffee.

Both coffee and tea contain caffeine, the component we seek from beverages to give us an energy boost needed to survive the day. Although caffeine content in coffee and tea varies depending on the type of coffee beans, growing conditions, processing and preparation techniques and other factors, a typical serving of tea contains far less caffeine than coffee.

The positive effects of caffeine are improvement of mental alertness and mood, athletic performance, and it reduces the risk of some chronic diseases and symptoms of depression. Caffeine can have a protective effect against Alzheimer’s disease, Parkinson’s disease and dementia, as well as altitude sickness if taken some time before attaining a high altitude.

However, there are also negative effects from too much caffeine consumption, such as anxiety, nervousness, insomnia, rapid heart rate and high blood pressure. The well-known laxative effect of coffee can worsen gastroesophageal reflux disease (GERD) in some people, and you might want to cut back on coffee if you experience any digestive function issue. In addition, if you suffer from anxiety and panic disorders, lowering daily caffeine consumption may significantly improve your well-being.

To sum up, there is much less caffeine in tea than in coffee, but choosing one over the other depends on the personal experience with caffeine usage because of the adverse effects it can have on one’s health and well-being.

Based only on caffeine levels, coffee should surely win over tea in the matter of boosting energy levels. However, it is not the only variable that determines the effectiveness of the beverage. That is because our personal feelings towards the drink affect how alert and ready for the day we feel, it could be the specific taste and smell that truly helps us wake up.

It can also be argued that tea drinkers have a more soothing and smooth rise in their energy level, while coffee drinkers have a more jittery effect so it is better if the energy boost is needed immediately. That is why in the media drinking coffee is portrayed as a need for people on the run to work or as an urgent pick-me-up contrary to drinking tea that is depicted as a calm afternoon activity, especially, for British people.

Another very important topic that differentiates tea and coffee is sleep quality. Those who drink coffee tend to have more difficulties falling asleep at night, probably because of the higher caffeine dosage. That is why it is often suggested to only drink coffee in the first part of the day and certainly, refrain from the beverage in the evening or right before bedtime. On the other hand, tea for some people helps to relax and fall asleep faster.

Even though caffeine has been associated with fat-burning properties and some sources say that coffee can help you lose weight, it is important to note that for those effects one must drink black coffee or tea without sugar or other add-ins. Most people regularly use sugar, milk and cream, honey, syrups and other flavourings in their tea and coffee to improve the flavor, but often do not realise the nutritional implications of that.

For example, if I drink my tea with 2,5 spoons of sugar four times a day, I consume 10 grams of sugar every day just from tea. The American Heart Association suggests limiting sugar intake for men to no more than 36 grams of sugar and women to no more than 24 grams of sugar. It is also worth mentioning that most added sugar comes from processed and prepared foods, so increasing that intake with tea or coffee will definitely not be healthy in the long run and not lead to weight loss.

Drinking highly sweetened coffee or tea every day may lead to not only a daily craving for caffeine but also a sugar addiction. It is most noticeable when someday you do not get your favourite sweet drink and start to experience serious withdrawal and distress. The best way to lower the sugar consumption in your beverages is to give it up slowly, using it less and less during a longer period.

Is one healthier than the other?

All in all, it is hard to say which drink is healthier than the other. Effects from both coffee and tea can vary greatly depending on the method of preparation as well as frequency and timing of usage.

Light and moderate consumption of the beverages can provide health benefits for many people, but higher dosages can lead to negative side effects and cause health issues. Overall, the choice largely depends on personal preferences and the effects of caffeine on the particular individual.

Coffee can give an instant energy boost, while tea may provide a smooth energy rise and both beverages are healthy and safe in moderation.